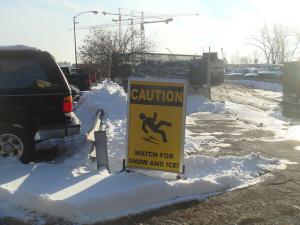 Chronic pain may be linked to an increased risk of falls in adults older than 70 years, according to a study published in the November 25 issue of the Journal of the American Medical Association.

“It is clear that pain is not just a normal part of aging and that pain is often undertreated in older adults,” Suzanne G. Leveille, PhD, RN, a faculty member at the University of Massachusetts Boston and lead author of the study who conducted the research at the Division of Primary Care at Beth Israel Deaconess Medical Center (BIDMC), said in a BIDMC press release. “Our findings showed that older adults who reported chronic musculoskeletal pain in two or more locations – mainly in the joints of the arms and legs – as well as individuals who reported more severe pain or pain that interfered with daily activities were more likely to experience a fall than other individuals.”

According to the press release, the investigators interviewed 749 adults older than 70 years who were enrolled in the Maintenance of Balance, Independent Living, Intellect and Zest in the Elderly (MOBILIZE), a cohort study headquartered at the Institute for Aging Research at Hebrew Senior Life in Boston. The participants were interviewed regarding their health and were asked questions about pain. In addition, they underwent a physical examination by a nurse. During the 18-month study, the participants documented any falls that they had on monthly calendar postcards which were returned to the institute.

“During the 18-month study period, the 749 participants reported a total of 1,029 falls, with more than half the participants falling at least once during this period,” Leveille stated in the press release. In addition, a comparison of participants who reported no pain with those who had chronic pain in at least two joints showed that the chronic pain group had a 50% greater risk of falling.

“Our results suggest that pain should be added to the list of risk factors for falls, as persons who have chronic pain in two or more joints, and those who have moderate to severe pain or disabling pain, are at significantly higher risk,” Leveille noted. “Assessment and management of chronic pain is a key part of health care for many older adults.”

According to a study published in the American Academy of Family Physicians, Treatment of chronic pain involves a comprehensive approach using medication and functional rehabilitation. Functional rehabilitation includes Physical Therapy, patient education, the identification and management of contributing illnesses, the determination of reachable treatment goals and regular reassessment.

The study was funded by a grant from the National Institute on Aging and received support from Pfizer, Inc.

Stephen Albanese, P.T. C.S.C.S. is a physical therapist and one of the owners of Physical Therapy & Wellness. They have offices in Montgomery, Port Jervis and Monroe. For more information please contact him at (845) 858-999 or salbanese@mptw.org.